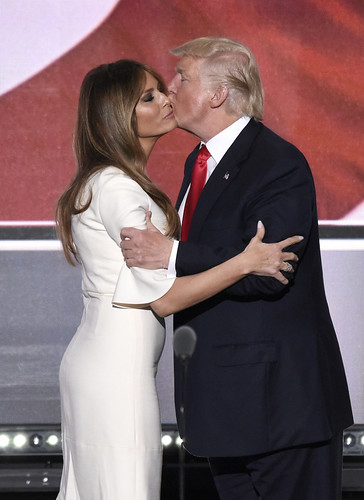 Melania Trump claimed to have never been married before she married Trump, but that she got a green card by marriage four years before she was married: In an interview with Larry King Live in 2005 Melania Trump said that she had never been married before meeting Donald Trump. But, Michael Wildes, an immigration attorney who worked for the Trump Organization, told Univision’s investigative unit that she obtained a green card four years earlier in 2001, “based on marriage.” When asked to explain the marriage discrepancy, Wildes said he would seek clarification, presumably from the Trump Organization. He later sent an email saying “I didn’t hear back, sorry.”