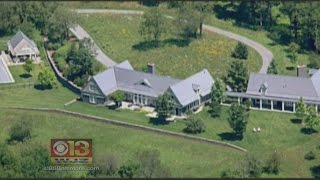 Trump, partial to gold and marble, never took a shine to rustic Camp David, until chief of staff Mulvaney pitched an idea: use the secluded retreat to woo House Republicans. Since then, Mulvaney and top White House officials have hosted weekend getaways for Republicans at the historic lodge, seeking to butter up Republicans before the impeachment vote, itinerary including making s’mores over the campfire, going hiking, shooting clay pigeons and schmoozing with Trump officials.

Trump has called in to compliment members. “I’ve worked with a number of Republican presidents over various administrations and I’ve never been invited to Camp David,” said Rep. Ann Wagner (R-Mo.). “It was amazing to go for the short weekend. So historic.” Trump has for weeks refrained from attacking Republicans who have been critical of the conduct now under scrutiny by the House: the president’s Ukraine efforts.