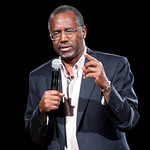 President-elect Donald Trump has chosen former Republican rival Dr. Ben Carson as secretary of the Department of Housing and Urban Development. Carson, a retired neurosurgeon, was an early endorser of Trump after dropping out of the Republican primaries where he and the businessman clashed bitterly. A Carson spokesperson previously said he would not seek a cabinet position as he didn’t have the experience to run a federal agency. Although Carson lacks experience in such a position, he lived in public housing in Detroit as a child and treated patients from the inner city, so he does possess an understanding of the realities low income families face.