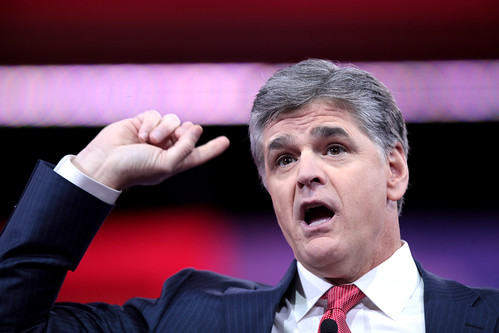 Over the Michael Cohen team’s fervent protests, a federal court just ordered the beleaguered Trump lawyer’s legal team to reveal Cohen’s third mystery client. It turns out to be … (drumroll) ... Fox News host and avid, avid, avid Donald Trump defender Sean Hannity. (Has he disclosed this on his shows during which he supports Cohen and Trump? Take a guess.) Sign a petition to remove him, here.