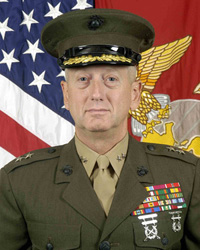 President-elect Donald Trump has chosen retired Marine Gen. James N. Mattis to be secretary of defense, according to people familiar with the decision, selecting a former senior military officer who has said that responding to “political Islam” is the major security issue facing the United States. Mattis, who retired as chief of U.S. Central Command in 2013, has often said that Washington lacks an overall strategy in the Middle East, opting to instead handle issues in an ineffective one-by-one manner. To take the job, Mattis will need Congress to pass new legislation to bypass a federal law stating that defense secretaries must not have been on active duty in the previous seven years. Congress has granted a similar exception just once, when Gen. George C. Marshall was appointed to the job in 1950.