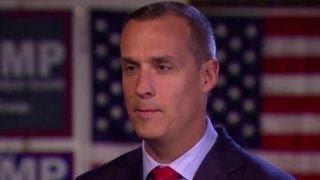 Donald Trump fires campaign manager Corey Lewandowski
(Image by YouTube, Channel: Fox News)   Details   DMCA
Donald Trump fired Corey Lewandowski, the campaign manager who helped him win the Republican Party's presidential nominating contests but has clashed with other advisers on how to appeal to the broader general electorate. The firing on Monday morning was yet another shakeup for a campaign already at odds with many senior Republican figures over Trump's policies, with the party's nominating convention in Cleveland less than a month away. Lewandowski was often at odds with Paul Manafort, a prominent strategist Trump hired in April partly for having experience on presidential campaigns that Lewandowski lacked, according to people close to the campaign. Manafort will take over as campaign manager, according to Carl Paladino, the co-chairman of the campaign's operations in New York state.
Read the rest of the story HERE: