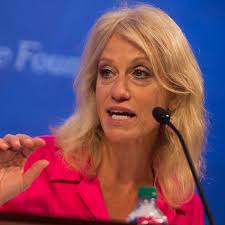 Hours after the New York Times and the Los Angeles Times published separate stories outlining the lies Donald Trump has told, Trump’s campaign spokesperson told ABC’s “This Week” that it isn’t the media’s job to factcheck the presidential debate. “I really don’t appreciate the campaigns thinking it is the job of the media to go and be these virtual fact-checkers,” Kellyanne Conway said, in an apparent attempted jab at the Clinton campaign. She also opposed debate moderators questioning the candidates’ truthfulness in any way. The traditional role of the media in a free society is to inform the public. Generally, this is thought to include making the public aware of what is true and what is a lie. The Trump campaign appears to feel differently.