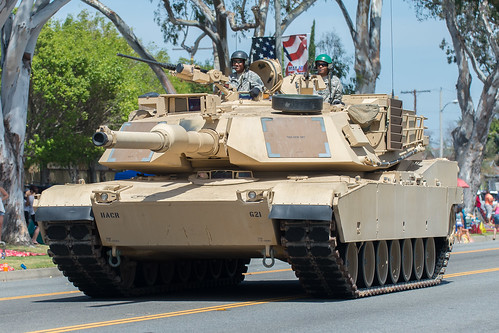 Tanks for your service.
(Image by mark6mauno)   Details   DMCA

WASHINGTON – The Pentagon has approved President Donald Trump's request for a display of tanks in conjunction with his "Salute to America" celebration on the National Mall here on the Fourth of July, the president said Monday.

Trump confirmed that the tanks will be parked near the National Mall for the July 4 celebration, the president said during remarks in the Oval Office.

"We're gonna have some tanks stationed outside," Trump said. "You know we're making a lot of new tanks right now."