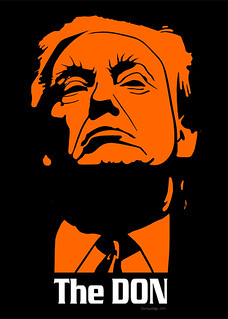 Donald Trump
(Image by DonkeyHotey)   Details   DMCA
Trump is tired of fielding questions about his taxes. Appearing Friday on Good Morning America, he told host George Stephanopoulos that his tax returns are “none of your business.” He added: “You’ll see it when I release but I fight very hard to pay as little tax as possible,” and noted that he has no foreign accounts and runs a supposedly “clean” business. Trump has repeatedly refused to release his tax returns, claiming an IRS audit prevents him from disclosing such information at the moment. During the GMA interview, Trump stated voters do not have the right to see his tax information before making a final decision. And despite Stephanopoulos pointing out that Trump has released his tax returns in the past while under audit, the GOP frontrunner insisted he will not do so this time around.
Read the rest of the story HERE: