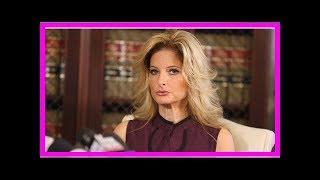 A Manhattan judge dismissed Trump’s effort to deny due process for SummerZervos, ruling she can go ahead with Case 150522/2017. That is the suit in which Zervos charges Trump defamed her by calling her a liar. She was one of more than a dozen women who accused him of groping and or kissing them. Trump had sought to block the suit, arguing that a sitting president cannot be sued in state court. HIs lawyer further argued that Trump was too busy leading the free world, and that Trump’s remarks were “political speech” covered by the First Amendment. In an uncommonly clear 18-page ruling Judge Jennifer Schechter rejected all that. She offered a simple principle that is a pillar of America’s true greatness. “No one is above the law,” Schechter wrote.