Thomas Brunell, a Texas professor with zero government experience, is the Trump administration's favorite to be named as deputy secretary at the U.S. Census Bureau, a vital position that will impact the 2020 census as well as forthcoming elections.

"If true, it signals an effort by the administration to politicize the Census," Terri Ann Lowenthal, former co-director of the Census Project, an organization that tracks the census, told Politico. "It’s very troubling."

Brunell, a registered Republican, authored a book in 2008 titled, "Redistricting and Representation: Why Competitive Elections Are Bad for America" and has testified on behalf of Republican efforts to redraw congressional districts, Politico reported. 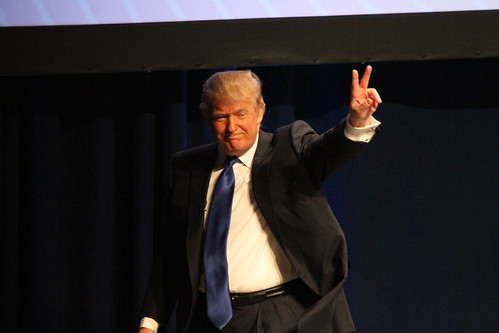 Donald Trump as he exits the stage after speaking at CPAC 2011.
(Image by markn3tel)   Details   DMCA
Read the rest of the story HERE: