The president has privately come to that grim realization in recent days, multiple people close to him told POLITICO, amid a mountain of bad polling and warnings from some of his staunchest allies that he's on course to be a one-term president.

What should have been an easy interview with Fox News host Sean Hannity on Thursday horrified advisers when Trump offered a rambling, non-responsive answer to a simple question about his goals for a second term. In the same appearance, the normally self-assured president offered a tacit acknowledgment that he might lose when he said that Joe Biden is “gonna be your president because some people don't love me, maybe." 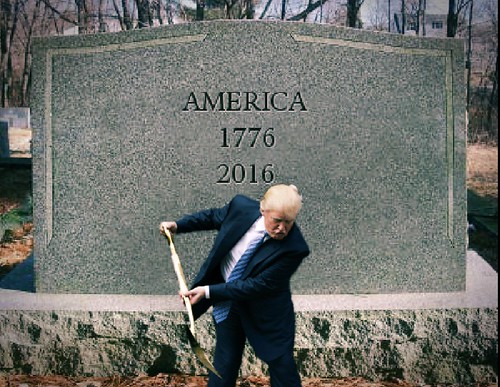 Trump
(Image by IoSonoUnaFotoCamera)   Details   DMCA
Read the rest of the story HERE: