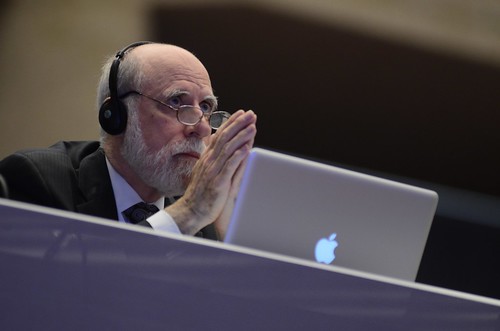 Joining the revolt taking place in the streets and online against FCC chair Ajit Pai's plan to kill net neutrality, more than 20 pioneers of the internet—including world wide web inventor Tim Berners-Lee, Apple co-founder Steve Wozniak, and Vint Cert, one of the "fathers of the internet"—published an open letter on Monday slamming Pai's proposals as "flawed and factually inaccurate" and demanding that his agency cancel its planned Thursday vote.