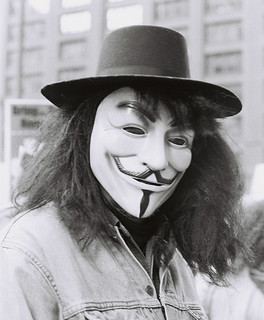 "...electing a Commander-in-Chief to keep America safe, so that we remain free, is what the 2016 election is all about. Now we’ve come to an election year in which the promise of surveillance of those who follow the wrong religion, internment camps, torture and racism, racism, racism is not just a strategy, but a winning strategy.The political  drive for safety über alles means that we must surrender our privacy to the state censors who read everything we write, listen to everything we say, view every transaction we make, without a warrant and keep doing it even when they say they’re not.  It means that we have a police that makes use of tanks and other military gear to invade the homes of ordinary citizens, and where police take more property than criminals without convictions, or even charges.This is who we are ..."