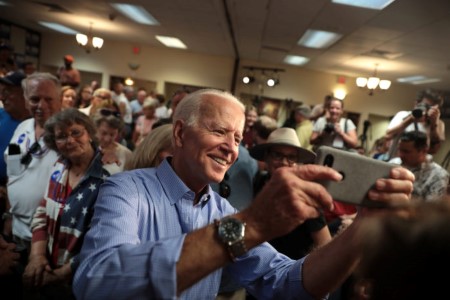 Joe Biden (shown above in a Gage Skidmore photo on July 4 via Wikimedia) has effectively secured the Democratic Party’s presidential nomination, but he did so while getting trounced by Bernie Sanders among young voters.

The polls show he does not have a serious weakness with young voters.

Since Super Tuesday, four general election trial heat polls have been released that break down the results by age. Biden, who beats Trump in all four surveys, is the leader among young voters in all of them, usually by blowout margins.

Why is he doing rather well with young voters in general election polling, but so poorly in primary voting?

One reason is that most Democrats appear ready to accept Biden as their nominee.

Furthermore, the pool of young voters for the general election is wider than in the Democratic primary.