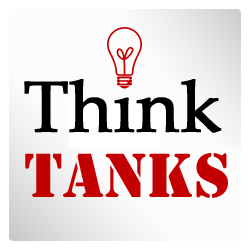 Here is the truth about the 'liberal' think tank  the Center for American Progress. It documents the ties between corporations and CAP.  T o understand just how the pundits and columnists 'have been repurposed as purveyors of bold new ideas, it helps to see how the world of liberal think tanks has been upended, ever so gently, by a steady onrush of corporate funding—and corporate-friendly policy agenda;  in order to recapture politicians, intellectuals, and the media, corporations increased their Washington lobbying efforts and jacked up campaign contributions as wel. Corporations shoveled cash into existing think tanks and established dozens of new ones.' The article neglects to say that CAP  has been a 'mouthpiece' for  corporate reform of schools. Peter Greene roasted CAP in 'The Progressive' for supporting charter schools, high-stakes testing, and every other right wing idea.

Other Series: View All 299 Articles in "our society changes for the worse"