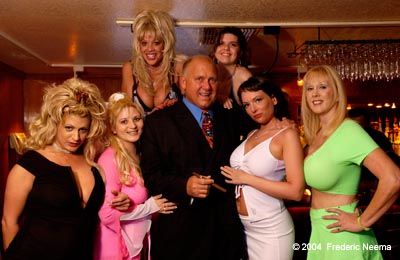 Hookers for Hillary: meet the sex workers caucusing for Clinton in Nevada

The working girls at a Nevada brothel launched a campaign to elect the first female president. ‘We’re helping Hillary and we’re helping ourselves. Women should help other women, right?’

“I’m for Hillary because she’s cracking down on domestic violence,” said Entice Love, a 26-year-old mother of two from Sacramento. “I’ve been in a relationship for a long time where I’d been thrown down stairs, black eyes, fractured ribs … When I’m looking at who I want to pick for the presidency, I look at what are they doing that I can relate to that will be of benefit for me. That’s why I was for Obama, now I’m for Hillary.”