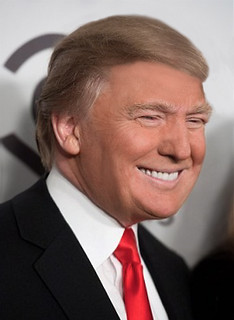 Trump Presidential Bid
(Image by glasater_99362)   Details   DMCA
International media has reacted to Trump’s latest win with incredulity — baffled that the real estate mogul and former reality TV star continues his advance toward the White House. Many outlets noted that the idea Trump could secure the nomination was “unthinkable” at the outset of his campaign. “Just months ago, Trump as the presumptive nominee was a punchline — now it’s reality,” journalist Lyndsay Duncombe said Wednesday on the Canadian Broadcasting Corporation’s “World Report” radio program. Other international coverage has tried to grapple with how Trump’s unlikely path to the nomination happened, and what his chances now may be in the general election. Some outlets noted his sexist and racist rhetoric, while Israel’s Haaretz stated that many Americans feel his likely candidacy is “the end of the world as we know it.”
Read the rest of the story HERE: