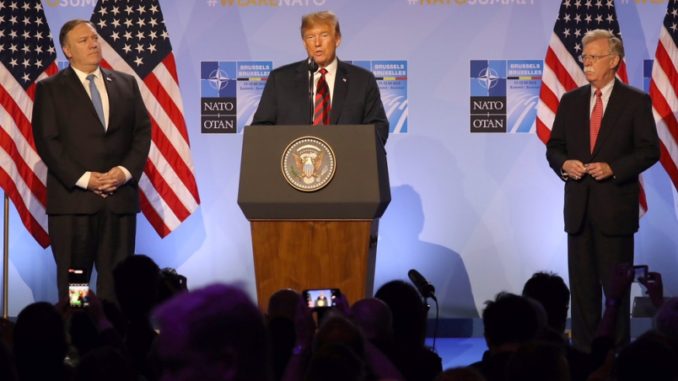 The U.S. plans to attack Iran if they can seduce enough Americans that they are threatened
(Image by News Punch)   Details   DMCA

How To Start Another War - this time with Iran – without having a justifiable reason for one.  No doubt members of Trump’s team, led by the war-thirsty and perdurable John Bolton are working hard to solve this urgent problem.

Whatever the solution, Americans should feel confident that their leaders together with their Israeli and Saudi bedfellows are not sitting on their hands - crazy people do crazy things.

The stage is set. The charade continues. The MSM keep preparing us for the “smoking gun.” Something’s got to give and propaganda geniuses are working overtime on delivering us an Oscar-winning justification - don’t buy it.