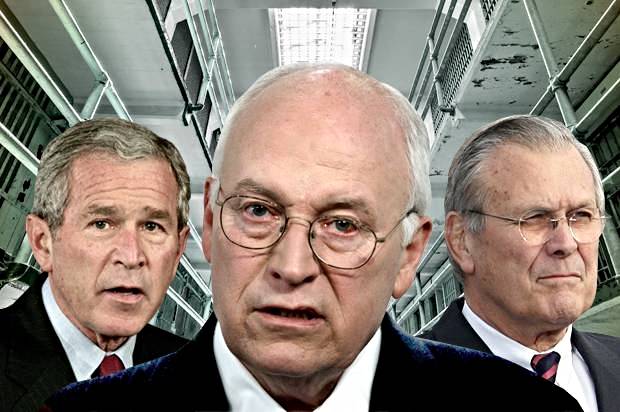 If you go over the Geneva Conventions and the various other laws of war you can see that there are a number of categories of crimes
(Image by salon.com)   Details   DMCA

There are a number of categories of crimes. Many of them have to do with failing to make the distinction between civilians and fighters, combatants. And of course the Bush-Cheney administration very early on decided to create a third, nonexistent category called unlawful combatants. But this designation doesn’t exist in the International Red Cross’s understanding; it doesn’t exist in the Geneva Convention’s. It was just a convenient way of saying this particular group of people, whoever it is that we choose to capture, detain forever, torture–they have no legal standing in the world. They exist outside of international law.