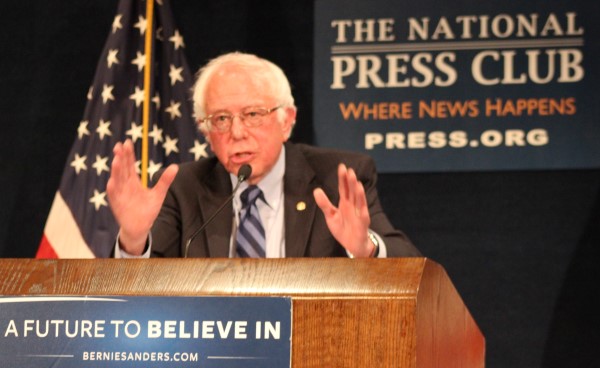 While there are significant policy differences between the presidential campaigns of Donald John Trump and Bernie Sanders, they share in common political cult followings that idolize their political heroes.

The two cult followings also disseminate conspiracy theories that are nothing more than grievances about how their candidates are treated.

For Trump fans, it's the "Deep State" and "Never Trumpers" and for Sanders's followers, it's the Democratic National Committee (DNC), Hillary and Bill Clinton, and DNC Chair Tom Perez.

Joining Sanders's supporters in claiming that the DNC is rigging the campaign against Sanders is Trump, who sees Sanders as easy pickings in the general election.

Sanders, as the candidate of a party he ran against more than he ever supported, would ensure four more years of Trump and the consolidation of a fascist dictatorship.