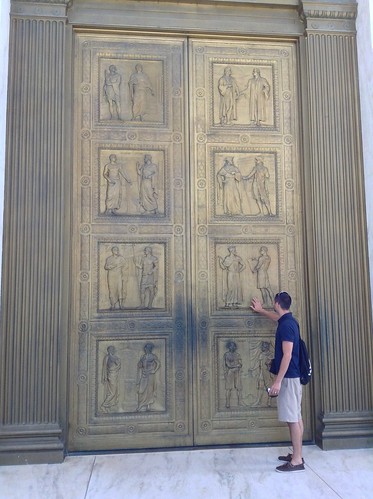 The Supreme Court front and center. Note that the subject stands at the far right of the photo.
(Image by WEBN-TV)   Details   DMCA

Now that the election has been decided, we hope, a back-burner issue moves forward, the 2020 census and how Trump has in this instance made it to the Supreme Court with one of the first cases to be tried by this newly righter wing entity, Trump v. New York. Lower courts have already ruled against his effort to exclude undocumented immigrants from the census count--how many hid anyway and weren't counted? It all hinges around the definition of 'inhabitants,' which does encompass people who have lived in a given area 'regularly, routinely, or for a period of time.' Trump wants to be able to decide who is an inhabitant and who isn't. In this instance, any number of judges ruled, his effort is illegal and unconstitutional. And, by the way, has he ever 'promoted the general welfare'? What's the definition of 'general'?