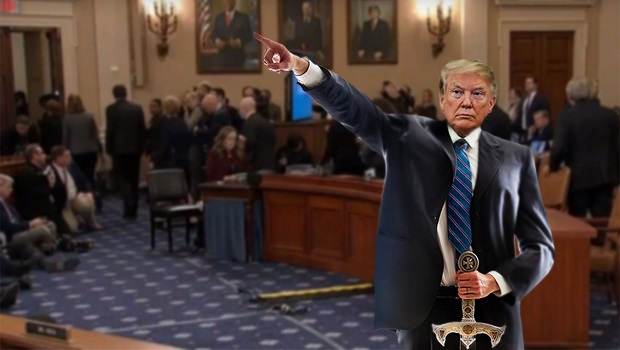 It looks like a trial. Except that in my 40 years as a lawyer, I’ve never seen a trial that corruptly flouted the basic requirements for fairness as brazenly as this one.

In a real trial, any juror who admitted conspiring with the defendant would be unceremoniously ejected from the jury. Yet Republican Senate leader and sworn-to-be-impartial juror Mitch McConnell openly proclaims on television, “Everything I do during this, I’m coordinating with White House counsel.”