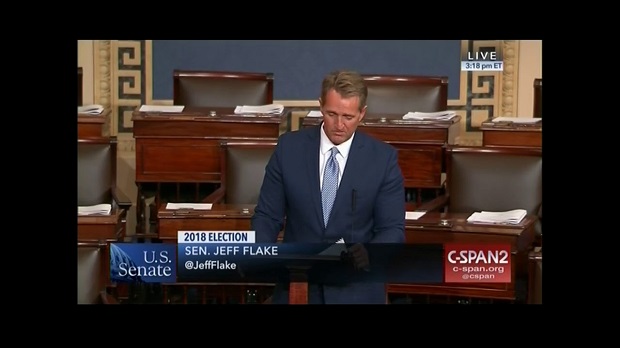 Former Senator Jeff Flake caused a minor stir earlier this fall when he stated that "AT LEAST 35" Republican senators would vote to remove President Donald Trump from office—if they could do so in secret. Those 35 votes would almost certainly put the total tally well above the two-thirds mark required for an impeachment conviction.

Public proceedings would expose any Republican senators who indicate a willingness to convict, or even a willingness to acknowledge the seriousness of the charges, to recriminations from the president and his supporters.

Private proceedings, Flake implied, would embolden some of those senators to turn on Trump.