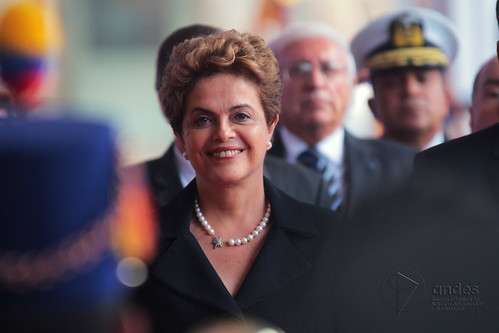 Brazil’s parliament voted to impeach the country’s first female president, Dilma Rousseff, on Wednesday, ending her five year reign. The vote ended 61–20 and leaves her Vice President Michel Temer in charge. The campaign against Rousseff picked up after news of a corruption scandal broke in 2014 involving Petrobras — the semi-public petroleum company she helmed from 2010–2014. There is no available evidence linking Rousseff with the corruption scandal, but it happened on her watch. Protests followed, though Rousseff supporters also counter protested and claimed she was the victim of an attempted coup.