Last week, Mrs. Clinton's five closest advisers when she was secretary of state, were interrogated by the FBI.

As if all this wasn't enough bad news for Mrs. Clinton in one week, the FBI learned last week from the convicted international hacker, who calls himself Guccifer, that he knows how the Russians came to possess Mrs. Clinton's emails; and it is because she stored, received and sent them from her personal, secret, non-secure server...

Mrs. Clinton's folks are preparing for the worst. They have leaked nonsense from 'U.S. officials' that the feds have found no intent to commit espionage on the part of Mrs. Clinton. Too bad these officials — political appointees, no doubt — skipped or failed Criminal Law 101. The government need not prove intent for either espionage or for lying to federal agents.

And it prosecutes both crimes very vigorously. 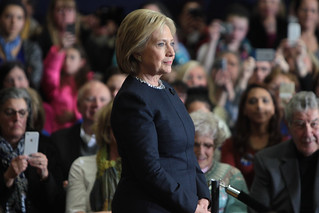