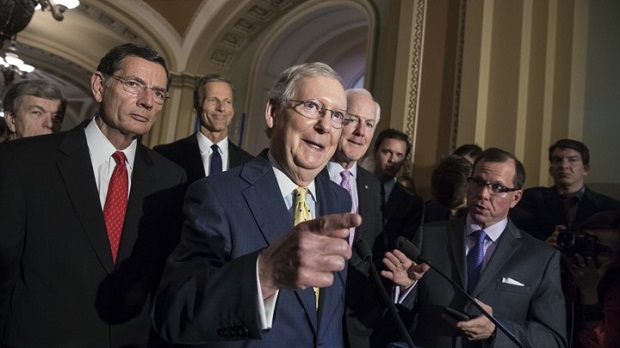 Americans are disgusted that Washington has become dysfunctional, even as Americans struggle with ever greater challenges — from stagnant wages and growing inequality to catastrophic climate change to soaring health care costs to a decrepit and dangerously aged infrastructure.

The Democratic majority in the House has passed major reforms that would begin to address America’s challenges. All of them have been blocked by Republicans in the Senate, led by Mitch McConnell, who calls himself the “grim reaper” dedicated to killing reform.