'After a month in office, Donald Trump has already proved himself unable to discharge his duties. The disability isn’t laziness or inattention. It expresses itself in paranoid rants, non-stop feuds carried out in public, and impulsive acts that can only damage his government and himself. Last week, at a White House press conference, the President behaved like the unhinged leader of an unstable and barely democratic republic. He rambled for nearly an hour and a half, on script and off; he flung insults at reporters; he announced that he was having fun; and he congratulated himself so many times and in such preposterous terms (“this Administration is running like a fine-tuned machine”) that the White House press corps could only stare in amazement.' 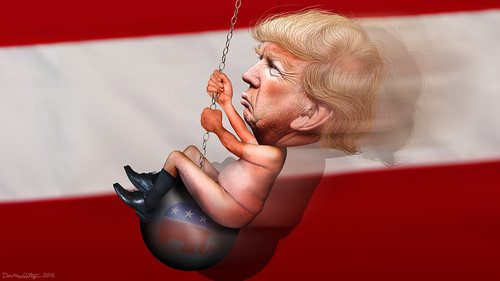