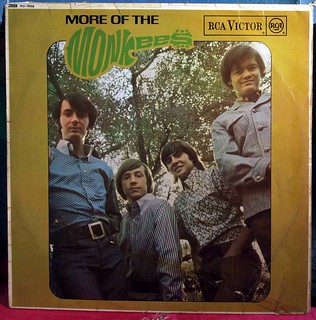 They may not be the young generation anymore, but the Monkees still have something to say. Their first new album in 19 years, “Good Times!,” features the legendary surviving members — Mickey Dolenz, Mike Nesmith and Peter Tork — defying the odds and offering a full plate of exuberant tunes in time for the summer. There are vintage tracks culled from the Monkees archives and composed by some of their famous collaborators from the ’60s, like Harry Nilsson (the title track), Goffin and King (“I Wasn’t Born to Follow”), Tommy Boyce and Bobby Hart (“Whatever’s Right)” and Neil Diamond (“Love to Love,” which features vocals from Davy Jones, who passed away in 2012).