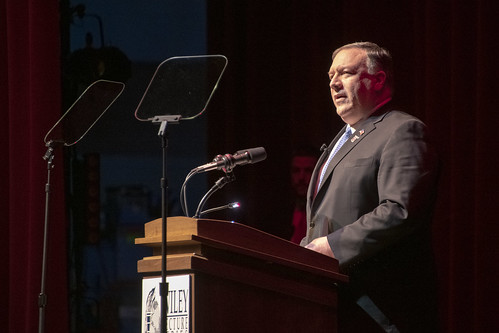 The current spike in tensions, including incidents involving oil tankers, is a direct and unsurprising result of the Trump administration’s failed “maximum pressure” campaign. There is no reason to believe, and nothing in the record of the last couple of decades to suggest, that Iran would be doing anything like sabotaging someone else’s oil tankers if the United States had abided by its commitments and used diplomacy over the last couple of years to address any issues it has with Iran. No one in the United States likes to agree with observations by Iranian leaders, but when those leaders point out that Iran has not used its armed forces to commit acts of aggression against its regional neighbors, it is hard to refute their observation. The same cannot be said of UAE, Bahrain, and Saudi Arabia (all USA's allies).