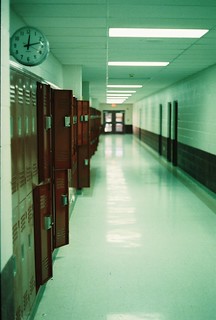 COLUMBIA, S.C. (AP) — Here are the latest developments in the confrontation between a South Carolina deputy and a student recorded on cellphone video (all times local):

A South Carolina sheriff says he has fired a school officer after video showed him flipping a teen backward out of her desk and tossing her across a classroom.

Lott says the maneuver that Fields used on the student was not based on training or acceptable procedure.