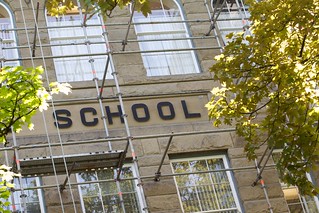 Politico reports that 2 advocacy groups are out with papers today expounding on the benefits of school choice. Don’t expect to learn from either the Friedman Foundation  or ALEC (the far-right corporate-funded group that promotes deregulation of every government function) to say anything about Milwaukee. Milwaukee has had vouchers and charters for 25 years. There is no evidence that the children of Milwaukee have benefited by their choices. Despite the failure of choice to improve education, Governor Scott Walker wants to expand school choice and eliminate public schools altogether. The irony is that the students in public schools repeatedly have outperformed the students in choice schools, even though the public schools have a disproportionate share of students with disabilities and others that are not chosen by the choice schools.

Other Series: View All 211 Articles in "wWonderful writing ....must reads"