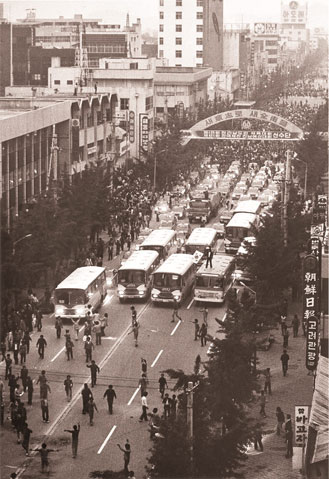 "It started with the December 12, 1979 coup by Chun Doo-Hwan's military junta who occupied the Chonnam Provincial Hall with armed forces sent to Gwangju by the Martial Law Enforcement Headquarters. After the assassination of President Park Chung-hee, a group of politically minded soldiers undertook Operation Chungjung (Operation True Heart) to quell the Uprising in Gwangju. In this way, the Fifth Republic came into existence. The victims of The martial law force's brutality numbered 4,369 all told: 154 killed, 74 missing, 4,141 wounded (including those who died from their wounds)."  May 18 Memorial Foundation