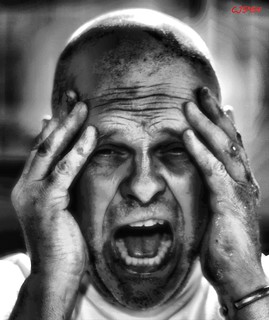 The 1968  campaign was  in a world as jaw-dropping as this one. 'Fighting in Vietnam raged on and the Tet Offensive showed us  the futility of our SE Asian military fiasco; Minn Sen. Eugene McCarthy ran as an antiwar candidate against incumbent Pres. Lyndon Johnson, who won't run again. In the midst of all this, civil rights giant Martin Luther King Jr., is assassinated - riots erupt across the cities of the US. 2 mos. later, Kennedy is murdered just minutes after winning the California primary... the GOP brings back Richard Nixon, and he  wins the election with a campaign set to the accompaniment of dog whistle signals against minorities and left-wing dissenters. Oh, and one other thing — Ala.Gov. George Wallace, arch segregationist and race baiter, runs as the candidate of the American Independent Party,  a rebel populist seeking the votes of the angry, white working class.'

Other Series: View All 618 Articles in "lies & propaganda:: the rant"

Other Series: View All 290 Articles in "our society changes for the worse"