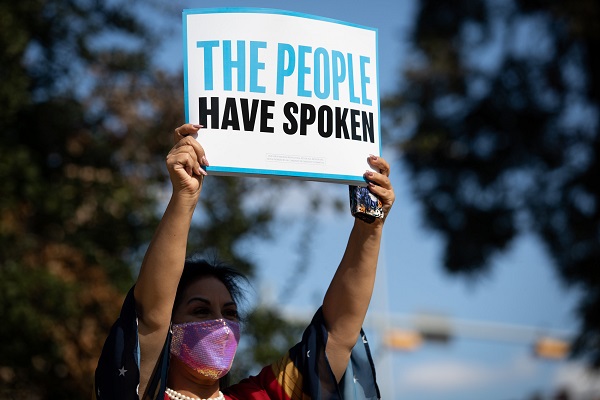 Trump has continued to promise legal action as part of his refusal to concede the race
(Image by npr.org)   Details   DMCA

Despite the historic number of popular votes cast for the Biden/Harris ticket and their ticket gaining 279 electoral votes as states continue to count, Donald Trump has continued to show his ill-mannered, boorish contempt for democracy by refusing to accept defeat.

Rather than a phone call to begin the peaceful transition of power, they continue to make unsubstantiated claims of voter fraud and ramp up their threats of lawsuits that will lead to a supposed Trump victory..