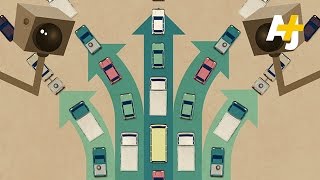 Tips To Help Avoid Online Surveillance The internet is full of holes that your emails and the things you share online can fall through -- right into the prying eyes of surveillance agencies like the NSA.
(Image by YouTube, Channel: AJ+)   Details   DMCA

They are transforming the Internet into the greatest tool of surveillance that humanity has ever seen, and if we stay on the road that we are currently on it is only a matter of time until our society becomes a hellish dystopian nightmare.

the Internet suddenly allowed us to communicate with one another on a massive scale without having to go through their gatekeepers. This radically altered the landscape, and at first the elite were unsure of how to respond to this growing threat. There was no way that they could roll back time to an era before the Internet was invented and so they have decided to use it for their own insidious purposes instead.