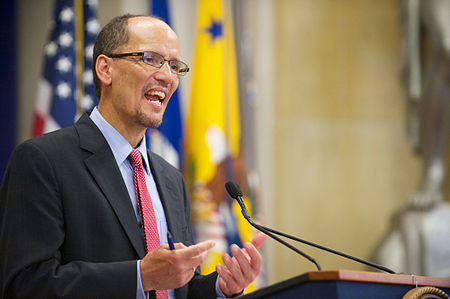 DNC Chair Tom Perez nominated questionable choices to Convention leadership; they are planning on taking the democratic nomination away from Bernie.

Barney Frank: Bernie’s voters “don’t have a realistic sense” of the political process. John Podesta, Rules Committee, in  leaked emails they needed to make sure Bernie is “ground to a pulp” and asked “where would you stick the knife in?”

Alex Padilla, Vice-chair Platform Committee, refusing to count 2 million votes in the 2016 California primary. He was sued for this.

Democratic Party would rather have 4 more of Trump and the death of their party than have Bernie as nominee. Everything depends on Bernie getting 51% of the delegates; it is up to his base to turn out in record numbers to make sure that happens. If he does so, these people will not have a say.