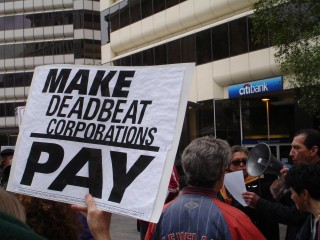 'A tangle of tax breaks and loopholes let huge corporations avoid federal, state, local and foreign taxes. Billions of dollars in taxes are avoided by G.E., Coca-Cola and others is money that can’t be used to lift living standards for ordinary families, or to reduce their taxes; it can't can’t pay for schools, medical research or clean energy .As strong as the case for change is, corporate-tax reform will still cause a nasty political fight.  Brick-and-mortar retailers  can’t easily pretend their business is based overseas and pay higher taxes. This system is cumbersome — causing companies to devote great effort to tax avoidance — and unfair. A better system could lift economic growth, by directing more of investors’ money to truly promising companies, rather than tax-advantaged ones.  The inequities contribute to the great American stagnation that I described in last week’s column.'