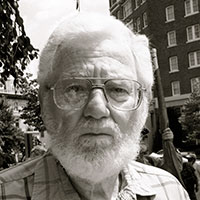 Aside from the common, but erroneous notion that it was the two US bombs dropped over Hiroshima and Nagasaki, respectively, that brought Imperial Japan's military adventures in Asia and the Pacific to an end, William Blum's musings here on US foreign policy are, as usual, spot on. The question is, of course, what direction that foreign (read : military) policy will take after 20 January 2017, and whether any of us will survive it....