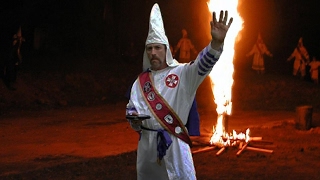 I'm glad to see this tire fire of a decade burn itself out. In 11 months we take a referendum of just how racist this country is; I know I’m not the only one that’s afraid of the answer. 41% of the 60% of the people who bother to vote in this country are willing to tolerate racist White House rhetoric, so long as it comes with tax breaks and judicial appointments. The black box we have no way of peering into is just who makes up that 40% not voting. Welcome to Civilization Edgeplay. Who’s ready to roll those dice?

When the history books are written, or scrawled on the sides of collapsed buildings in pig’s blood in the coming post-apocalyptic hellscape — let the record show that the 2010s belonged lock, stock and barrel to Shitty White People: we are all poorer for it. Let’s hope we can shove these people back in the closet and start trying to perfect this union once again.