On March 27, 2014, India and the entire WHO South-East Asia Region were officially declared as being polio-free. This was hailed as a breakthrough in the fight to eradicate polio globally, as not only is India the second most populated country in the world, but just 12 years ago, it accounted for almost 70% of all polio cases worldwide.

“If you can do it in India, you can do it anywhere,” Oliver Rosenbauer, communications officer at the  World Health Organization (WHO) and spokesperson for the Global Polio Eradication Initiative (GPEI), told Global Citizen.

There were many challenges facing the eradication of polio in India specifically. The country’s large size and dense populations make vaccination programs difficult to execute. 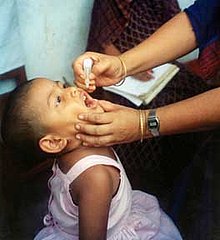