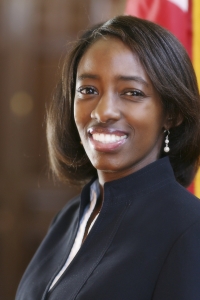 Turnabout is fair play: In response to anti-abortion legislation, new proposed legislation  in Georgia would place restrictions on Viagra and porn for men, as well as classifying sex without a condom as “aggravated assault.”  Georgia state Rep. Dar’shun Kendrick is proposing a new “Testicular Bill Of Rights” which would requiremen “to obtain permission from their sexual partner before obtaining a prescription for Viagra,” among other things. In addition, Kendrick’s “Testicular Bill Of Rights” would require men to get approval from their partner before obtaining erectile dysfunction medication and any man who had sex without using a condom could be charged with aggravated assault.