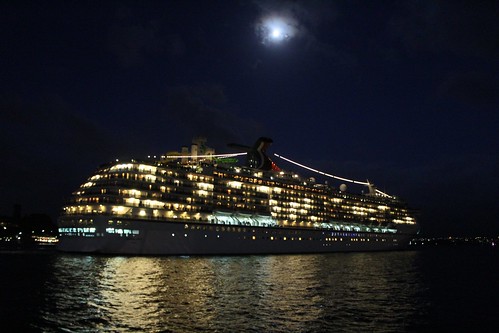 Many of the biggest cruise lines seem to be headquartered in Florida,  BUT they are, for tax purposes, actually proud residents of … elsewhere. “Carnival is a Panamanian corporation; Royal Caribbean is Liberian,”  They may not really live here, but they certainly can lobby here. They do not pay taxes except for  levies for things like customs, and examination of animals and plants being brought into the country." BUT,  if one of the ships needs help, it will often be the American taxpayer-funded Coast Guard that comes to the rescue. TODAY, Cruise ships can carry more than 5,000 passengers,  and make a greatprofit from the sale of alcohol -- "imagine the equivalent of a small city whose inhabitants are perpetually drunk." Parking outside Vence the effect is like one of those alien-invasion movies, when people wake up and find that a spaceship the size of Toledo has landed downtown.

Other Series: View All 214 Articles in "WEALTH"