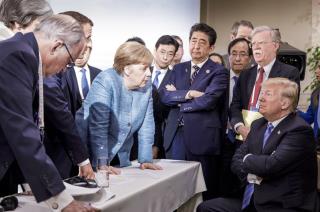 41% of Germans believe President Trump is more of a threat to world peace than North Korean dictator Kim Jong-un, Russian President Vladimir Putin, Chinese President Xi Jinping or Iran's Supreme Leader Ayatollah Ali Khamenei, according to a YouGov survey reported by DW.  The results of the poll show the degree to which trust in U.S. leadership has eroded under Trump, even among countries like Germany that are traditionally viewed as close allies.