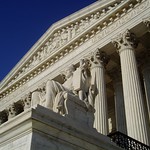 The U.S. Supreme Court on Monday declined to rehear a bid by President Barack Obama's administration to revive his plan to spare from deportation millions of immigrants in the country illegally, a case in which the justices split 4-4 in June. In a brief order, the court rejected the administration's long-shot request, meaning the justices' June 23 decision is final. That ruling left in place a lower court decision that had blocked the plan, which Obama announced in 2014 but never went into effect. Obama's plan was designed to let roughly 4 million people - those who have lived illegally in the United States at least since 2010, have no criminal record and have children who are U.S. citizens or lawful permanent residents - get into a program that shields them from deportation and supplies work permits.