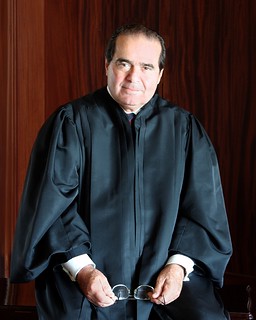 Justice Antonin Scalia
(Image by Cknight70)   Details   DMCA
Supreme Court Justice Antonin Scalia has died at 79. According to a report, Scalia arrived at the ranch on Friday and attended a private party with about 40 people. When he did not appear for breakfast, a person associated with the ranch went to his room and found a body.
Read the rest of the story HERE: