Just 20 years ago, the world mourned for the tragic upheavals in Russia that led to the highest suicide rate of any major country. But suicide rates in Russia have declined steadily, while rates in the US have risen steadily. The US now has a far higher suicide rate than Russia. 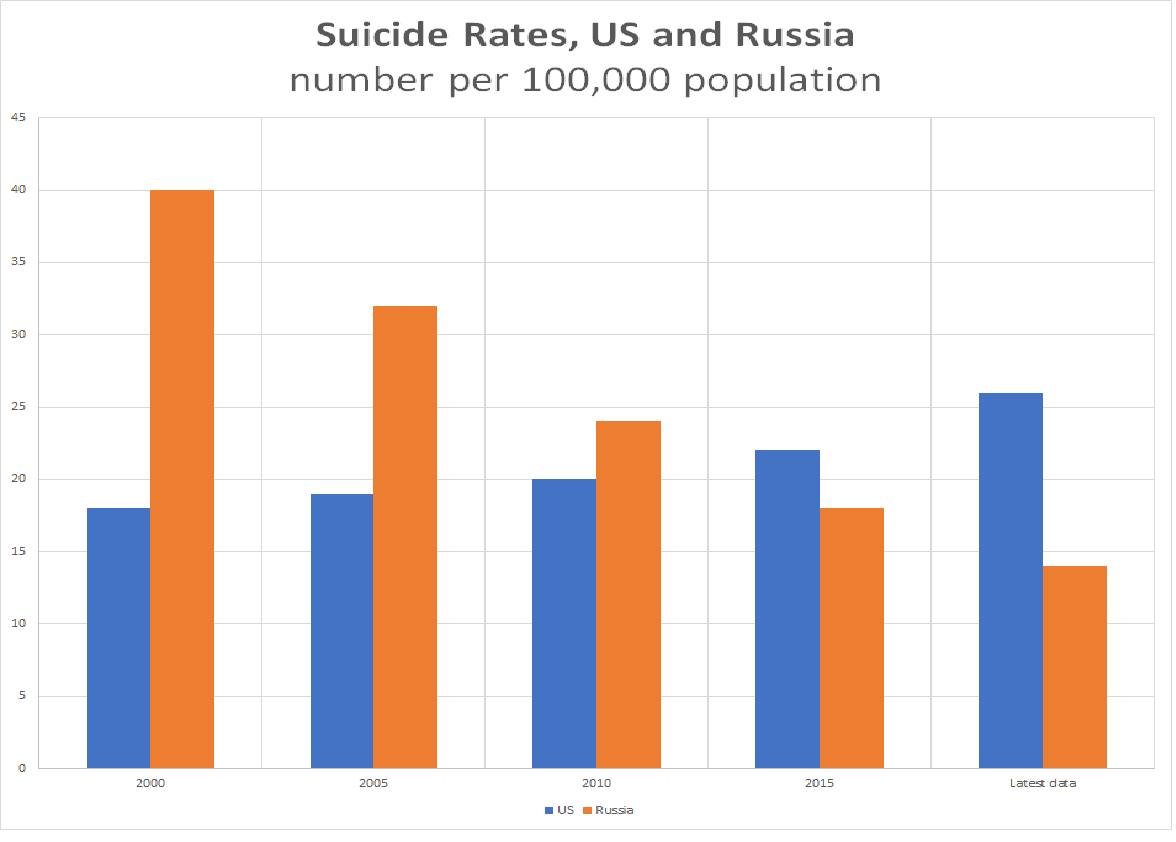 Suicides are more common in rural states and among the working poor.

(Image by CDC)   Details   DMCA
Read the rest of the story HERE: