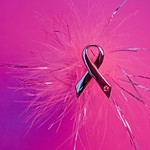 Four S.C. students recently spelled out the word “rape” with spray painted letters on their chests as an apparent joke during a football game for their district’s annual Breast Cancer Awareness Night.  The incident occurred during a Westside football game against rival high school D.W. Daniel. Kyle Newton, the director of external affairs for the school district, told HuffPost that the four boys were part of a larger group that spelled out “BUMP CANCER” for the awareness event. “Before the game started, the students ... started playing scrabble by spelling out different words from ‘BUMP CANCER’ and taking pictures. One of those was RAPE." The Anderson 5 Citizens for Quality Education Facebook group published a screenshot of the Snapchat photo to Facebook with a long post condemning the four boys’ behavior.