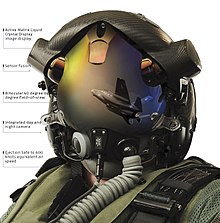 The thieving, lying and murderous ruling elites and their public blood-sucking budget impositions by the MIC have pulled of another fast one.  Instead of investing in their stealth craft, they sat on their asses, took the money and pocketed it pretending that they were the rulers of the universe.

Interestingly the company TwinVis who developed the capability to make current stealth fighter invisibility very visible proved their technology in April 2018.  How on earth was this kept out of the MSM for nearly 18 months?

I repeat the MSM new motto, "No news is bad news".

In the illustrious history of the F-35 fighter jet, add a pony farm outside Berlin as the place where radar-maker Hensoldt claims the plane’s stealth cover was blown.