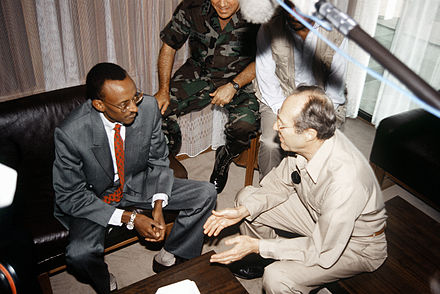 A new book, America’s Wars on Democracy in Rwanda and the DR Congo,  reveals how U.S. Presidents of both parties unleashed the CIA in the Congo to do the dirty work of greedy corporations, causing misery, mutilations and massacres of such magnitude they dwarfed even the wildest accounts depicted in Joseph Conrad’s Heart of Darkness.

The Simba war of the 1960s set the groundwork for the Congo wars of the 1990s, which were instigated by U.S. proxy forces in Rwanda and Uganda who committed yet more atrocities.---

Kagame is actually one of the most outstanding mass murderers of our time.---